The time came to try our hands at making a Jewelweed (Impatiens capensis) tincture for bug bites and other skin irritations.  The magical forest we live in extends its reach to exclude poison ivy from growing here.  But if it grew here, this recipe would be good for poison ivy bites too.  Like many of the most enjoyable projects, this one came on its own.  We noticed. And we followed it.

Ellie's course found her cutting jewelweed into smaller pieces.  I suspect it was the satisfying sound that led her on.  She was determined to cut the entire mound of jewelweed that we'd softly taken out of the perennial garden.  Jewelweed and I have an understanding that though I remove some, we always  touch the seed pods to send them on their bouncing way. With the newly thrown seeds, we rely on Jewelweed always being here.  Tasha never minded it either.  Her voice plays in my head "It comes out readily enough." 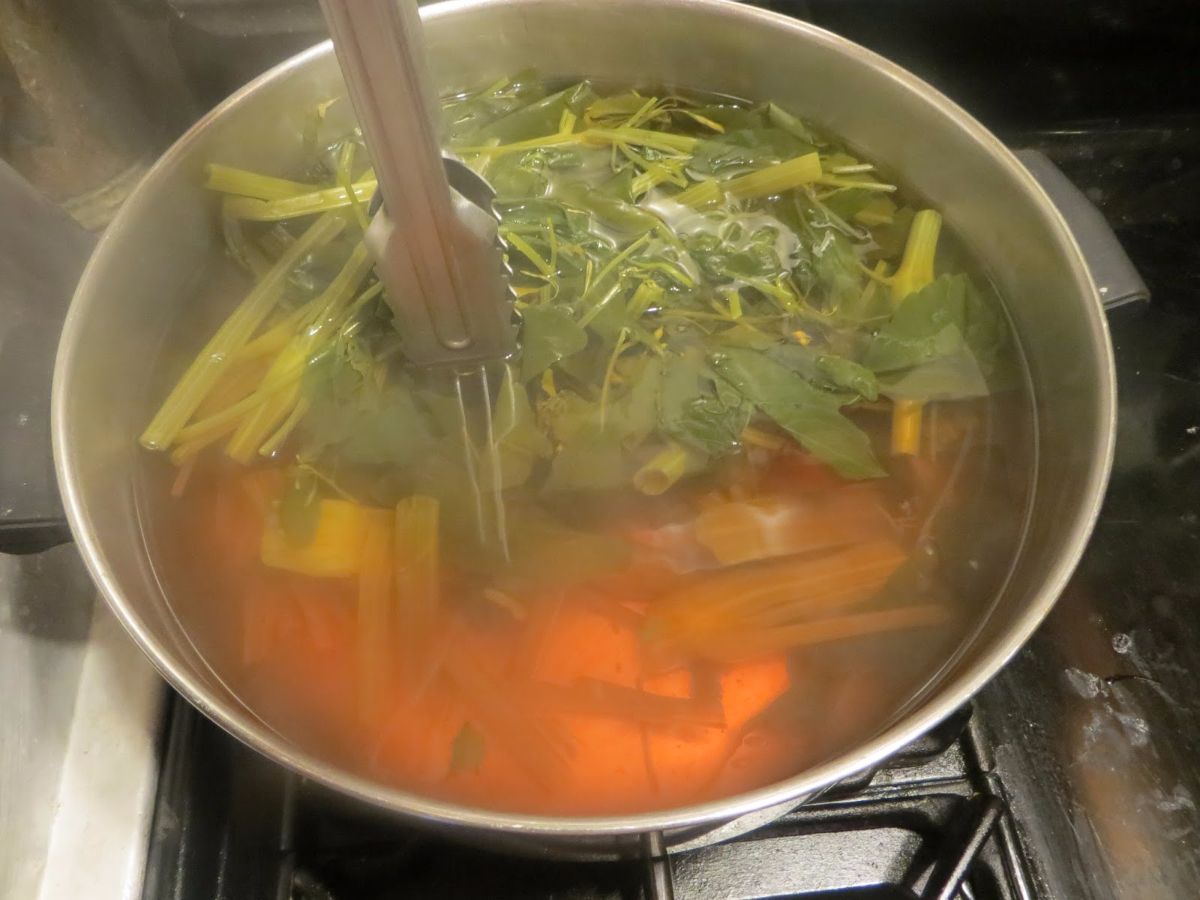 We debated if the color was light orange or deep orange like the recipe desired.  We rolled it along longer, not a angry boil like the recipe said, but more of a coaxing. I remember my brothers, both older and younger, being jarred into wakefulness during the teenage years.  I hardly think herbs enjoy that anymore than people do. 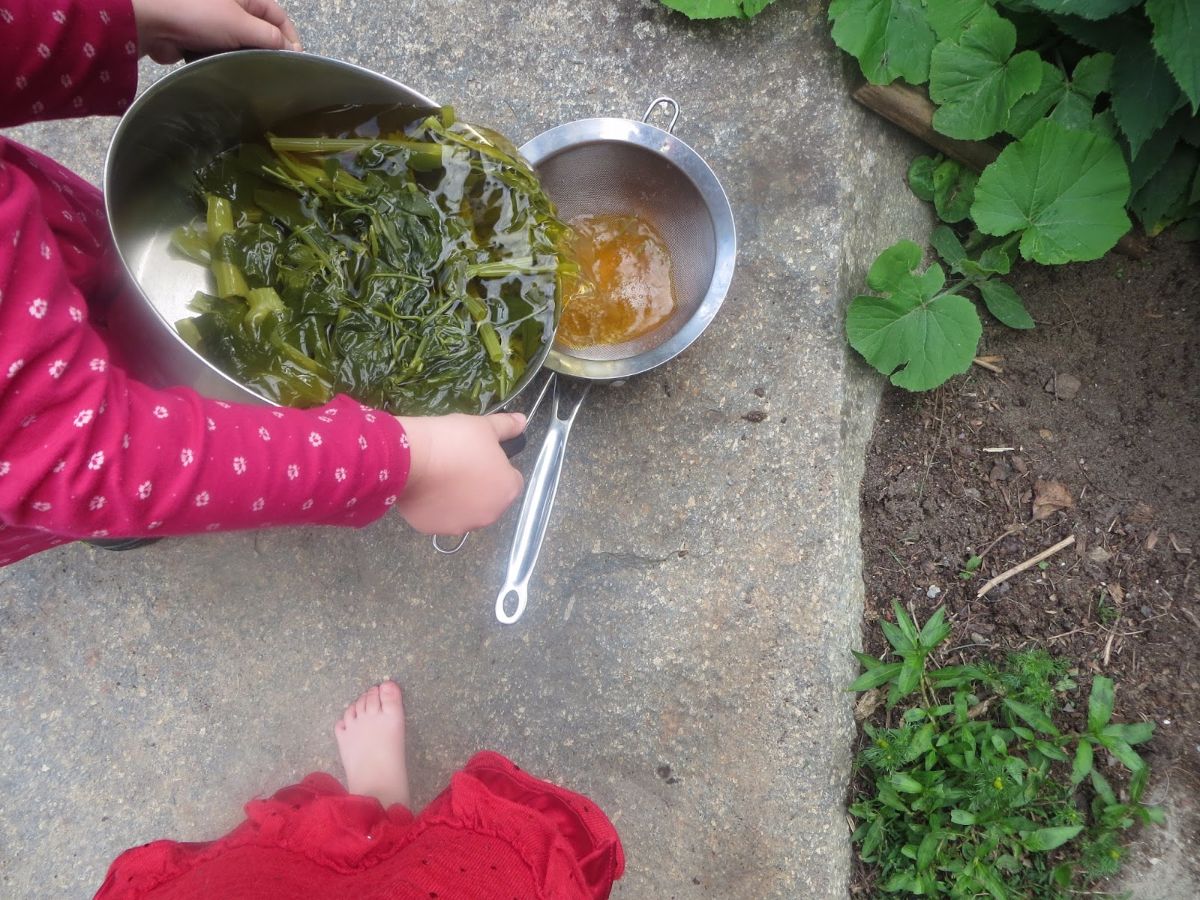 The children had moved on to different pursuits, jewelweed project forgotten. Once the brew cooled to a reasonable temperature, or as two-year-old Kate says "just warm," I tempted them back with the prospect of more pans and a strainer. 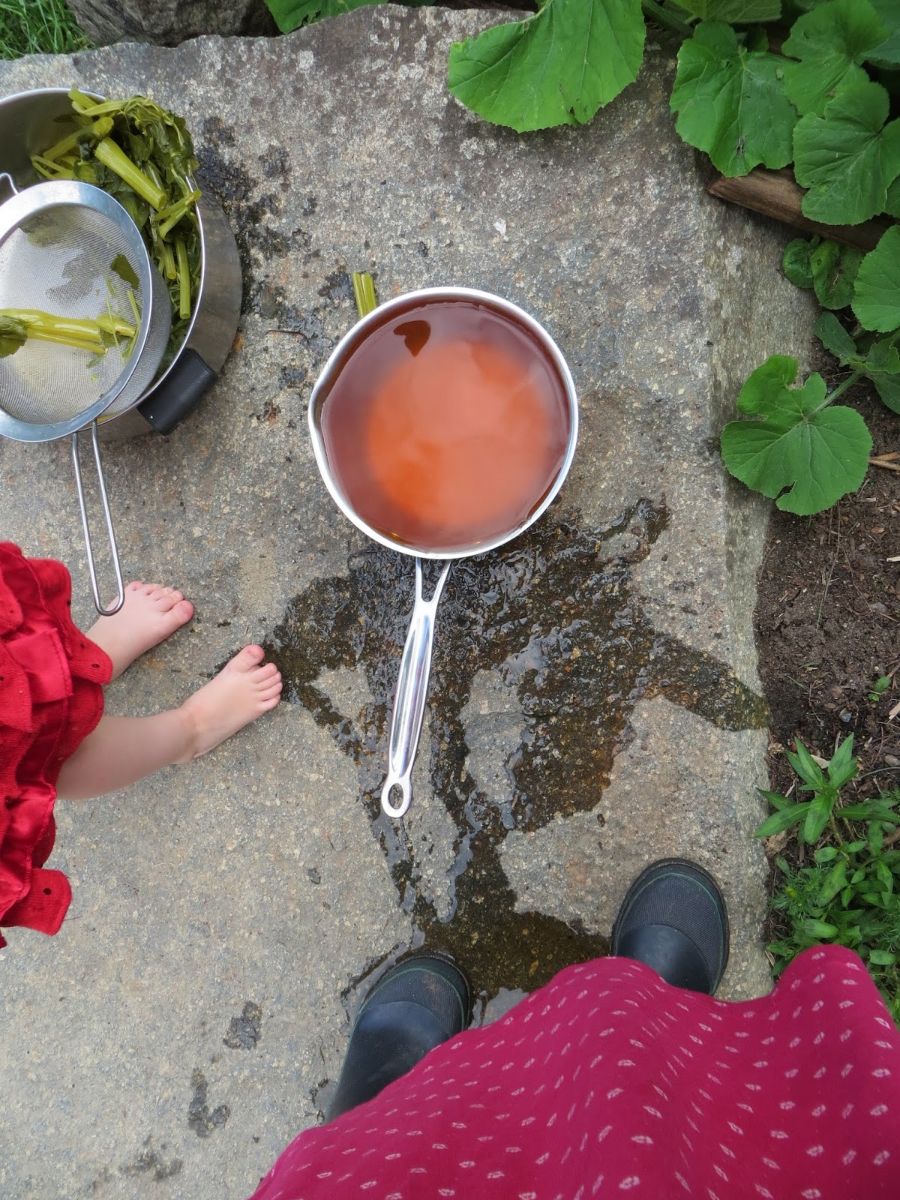 After the first strain, the children, as children do, took straining to a new level never before seen in herbal circles, but often seen in children circles. Back and forth, back and forth.  Their beings absorbed all.  They were utterly focused. 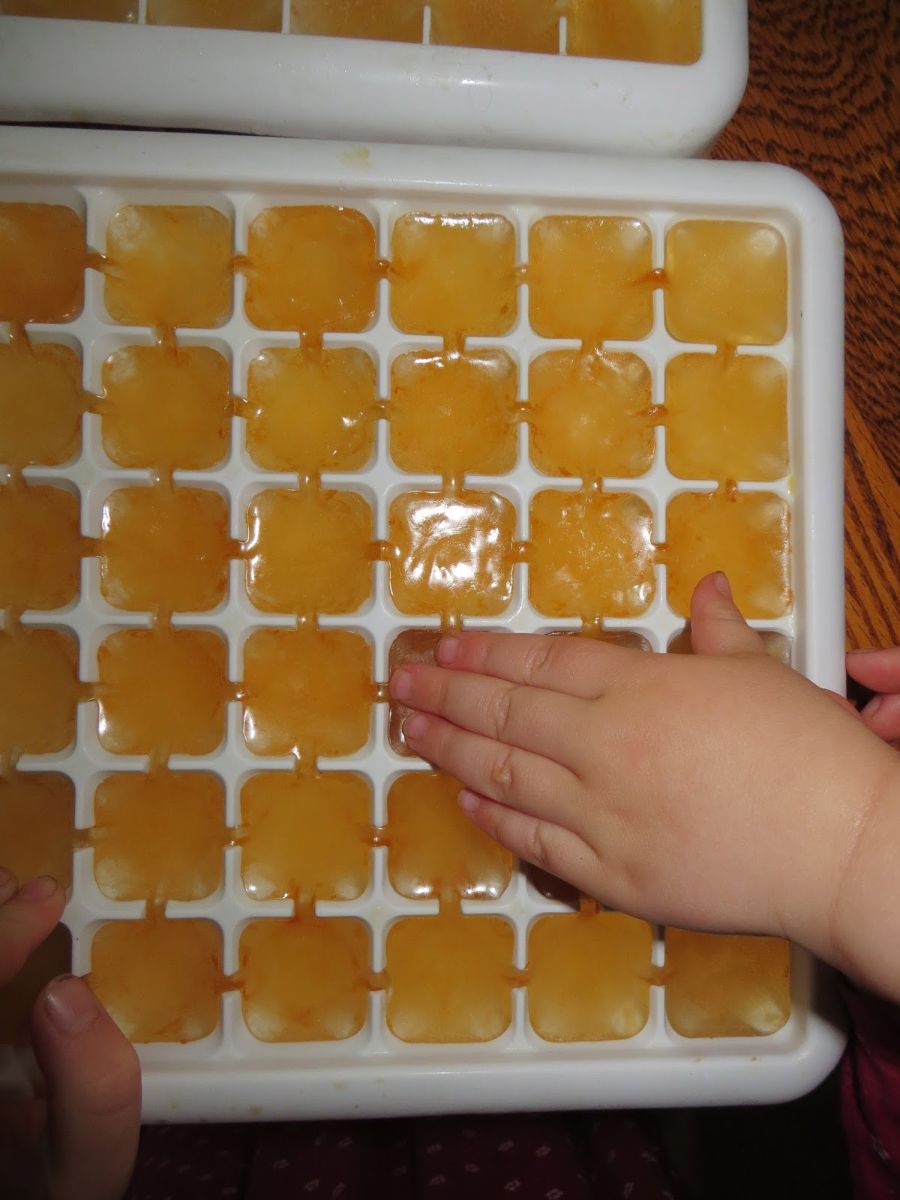 After a night in the freezer, or as Tasha preferred to say, in the icebox, we pulled out the miniature cubes, placed them in bags and Katie enjoyed editing my labeling with her own writing. 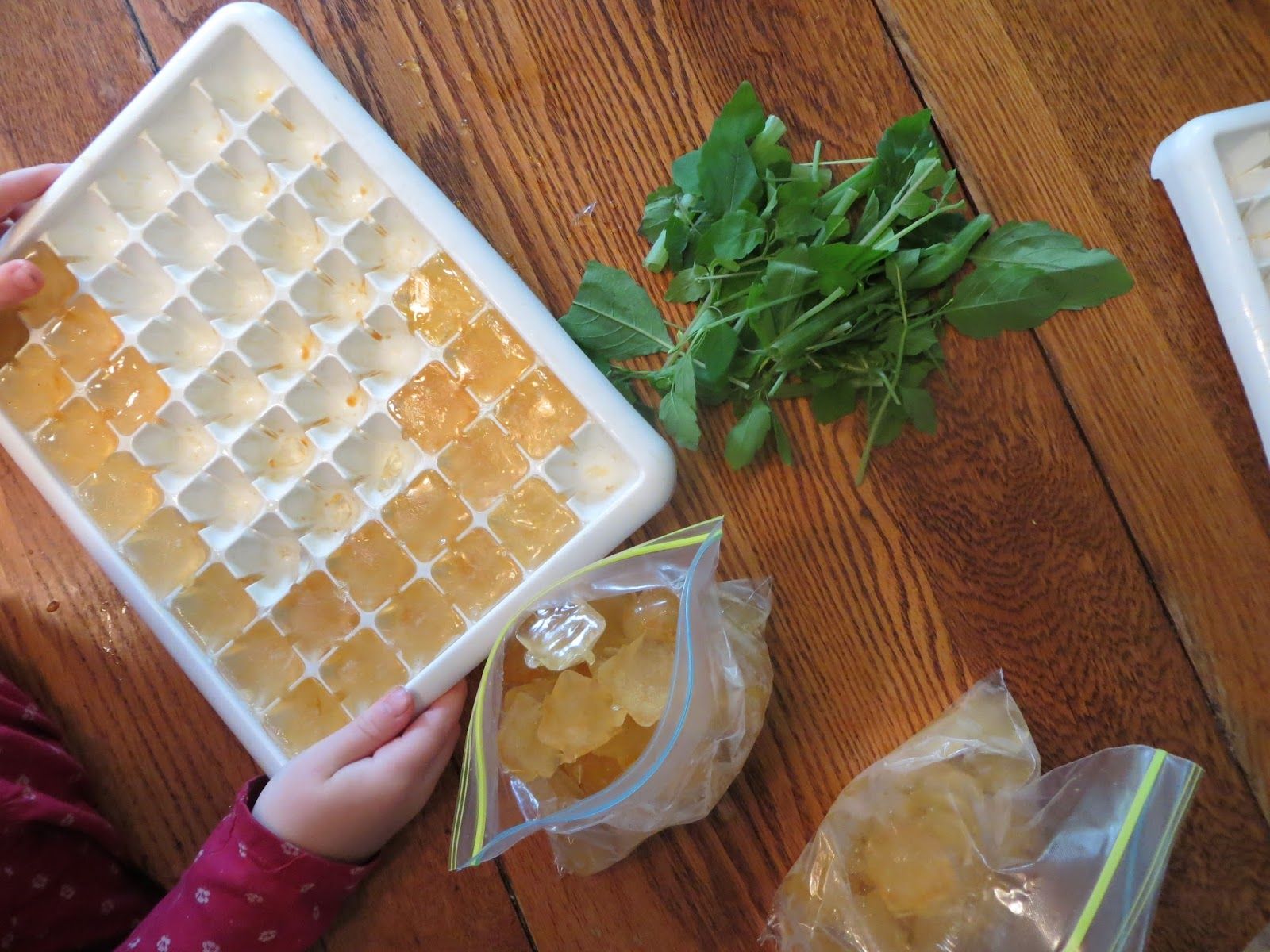 Short of sitting outside in wet places at dawn or dusk, we might actually be eagerly awaiting the next mosquito bite. 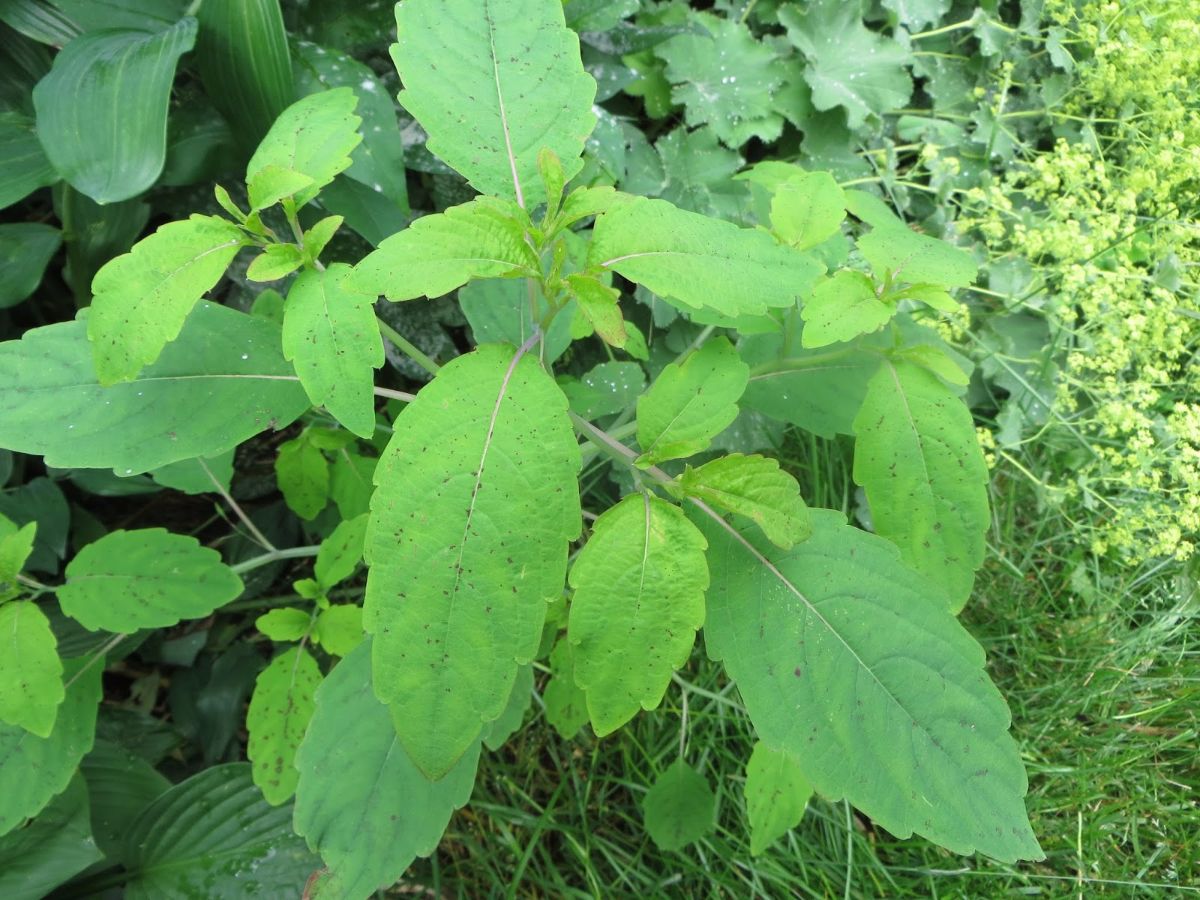 Jewelweed…we thank you.   We'll let you know how the tincture soothes as soon as we have the occasion.