New Corgi Items in Honor of Bella and Paddington

We continue to celebrate the two new puppies, Bella and Paddington, who are settling in with Marjorie and Seth Tudor. In the puppy's honor, we've released new items to share the joy. Our new plush corgis and new puppy stickers have all the cuteness with none of the housebreaking, training, or sharp puppy teeth. 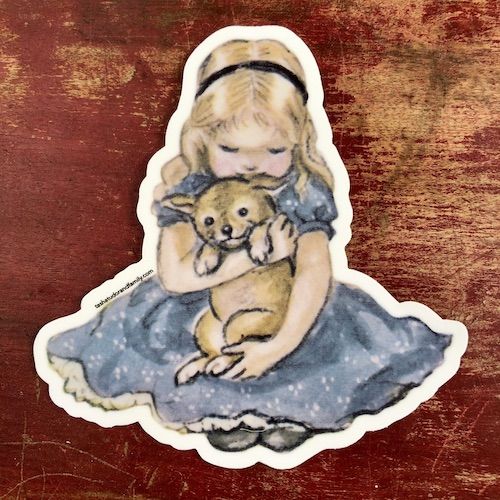 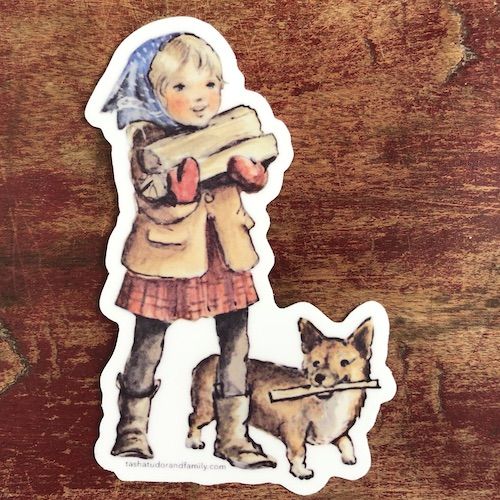 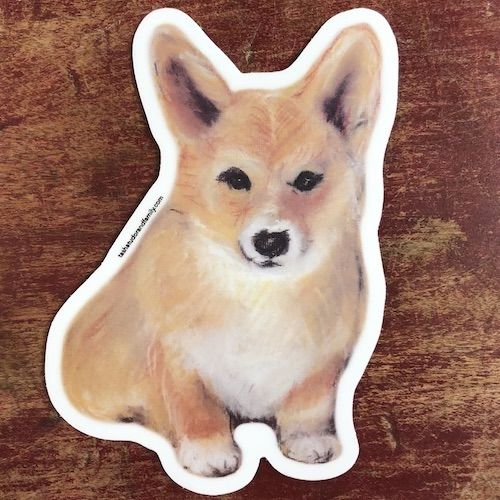 We are pleased to share Tasha's illustrations in a new way, stickers!

Is there any greater moment than when a child first meets the new family puppy, like in our new Puppy Love sticker? Imagine the delight in the child's heart as she holds this sweet corgi pup. She is already planning for the puppy to sleep on her bed, to run together through the summer fields and to be the very best of friends. This illustration appeared in Tasha's 1966 book First Delights.

Chores like carrying Firewood are always better with a corgi friend. This illustration for our second sticker appeared in Tasha's 1966 book First Delights. The wood stove is a hungry beast in winter and this little girl contributes to the family chores by bringing in an armload of wood. It remains to be seen if the corgi at her feet is carrying kindling for the fire or to chew down into finer fire-starting material.

Our sweet Franklin Puppy melts your heart with his dark soulful eyes in our third sticker. The last litter of puppies Tasha bred included this fine fellow, Benjamin Franklin. He was born in 1992 and was given as a gift to Tasha's grandson Benjamin who lived next door. Tasha painted this portrait of Franklin while he was still a puppy. She often included this illustration among her top five favorite pieces.

Our stickers are made in the USA of thick, durable vinyl that protects against scratches, rain & sunlight. Good for water bottles, cellphones, notebooks, and more. 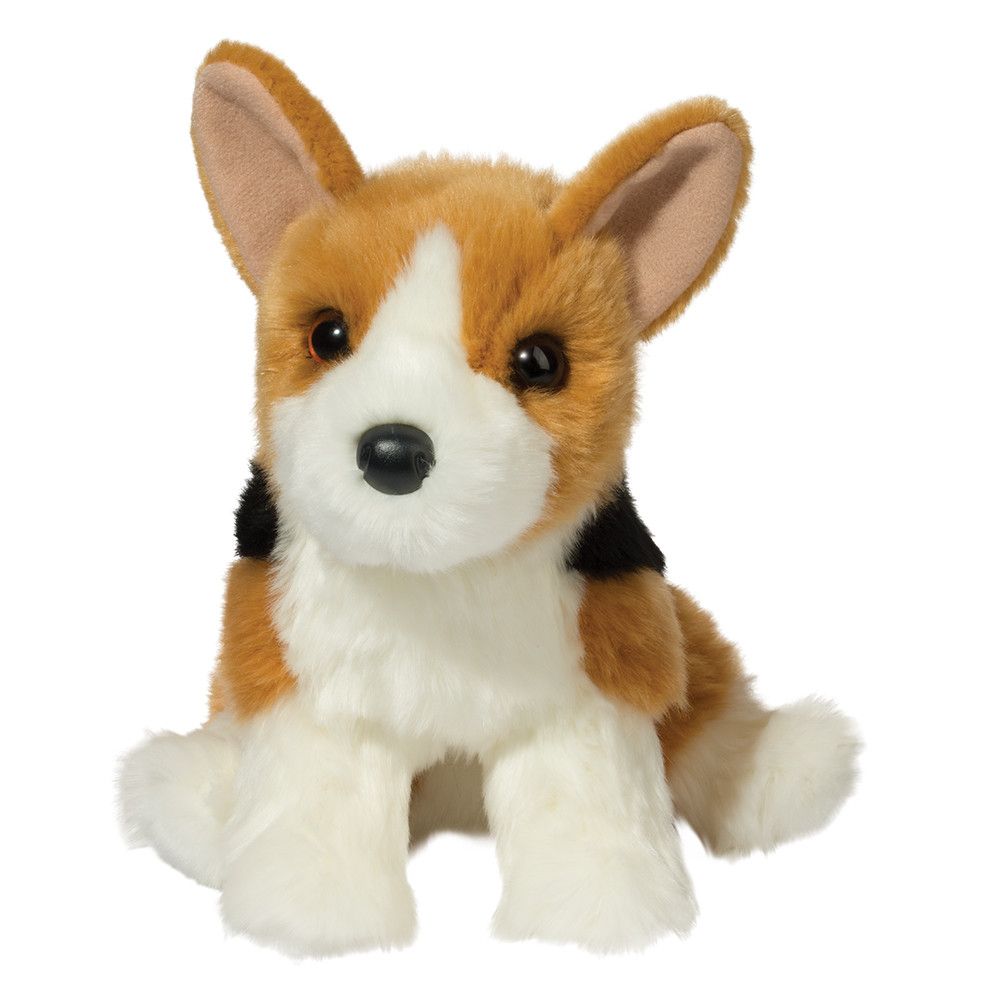 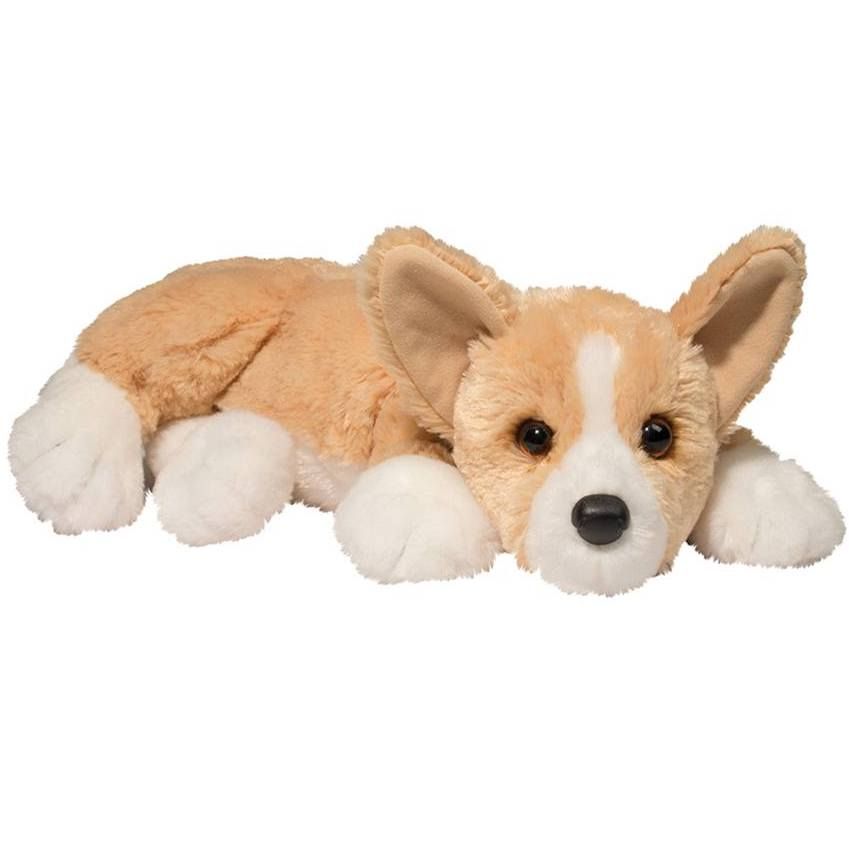 Our plush Bella loves to be held just as much as the real Bella. Of the two puppies, she is always the first to fall asleep, usually in this exact position. 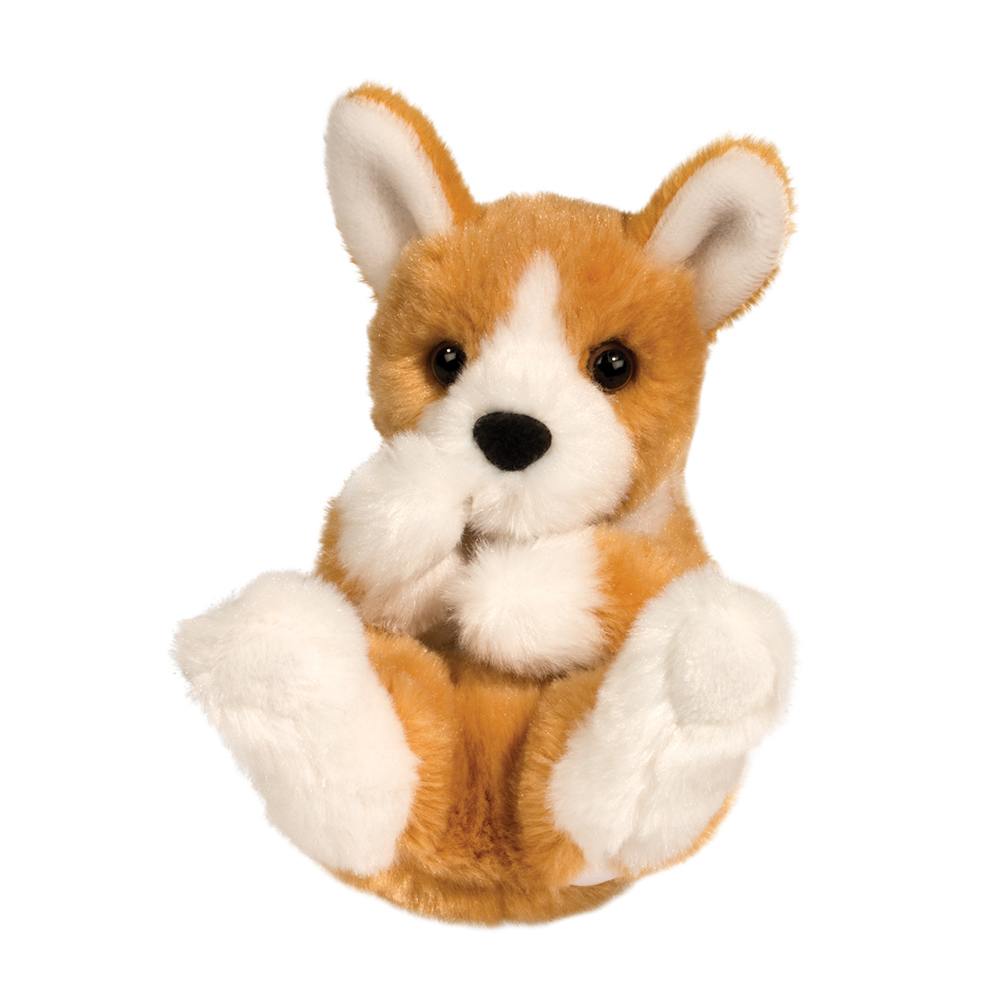 Snap is named after one of Tasha's corgis from years ago. Especially suited for children to carry around in the crook of their arms. We're smitten! 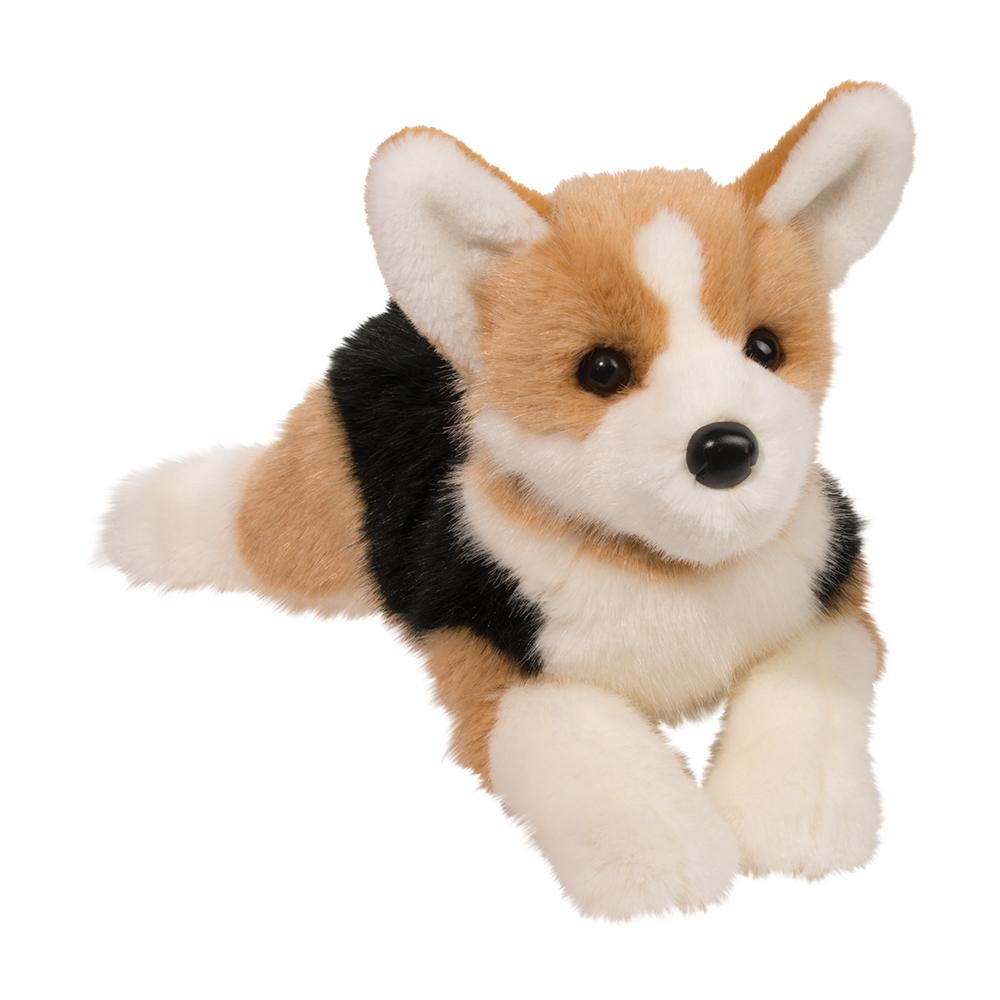 Homer is named after one of Tasha's corgis and rests with his back feet out behind him, one of many endearing corgi habits that Tasha referred to as "broiling." 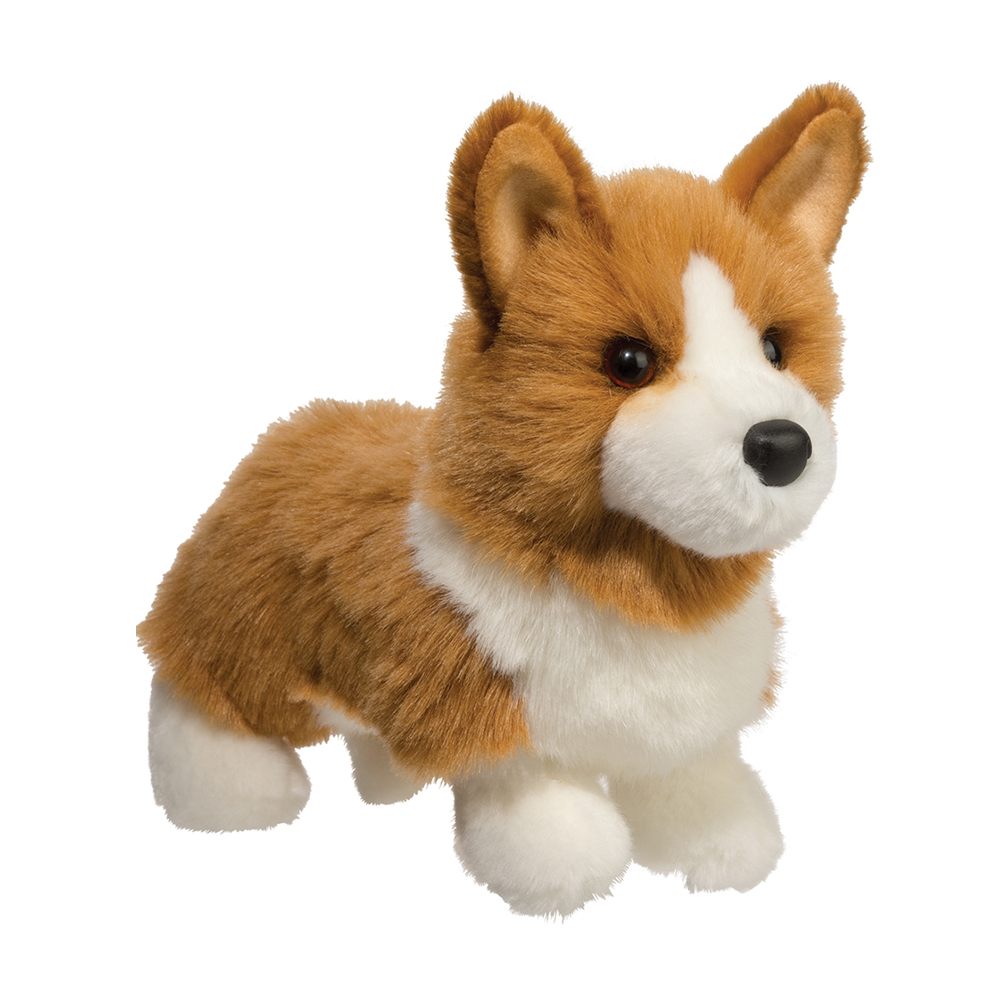 Rebecca is as alert and feisty as the real Tasha corgi she was named after. Rebecca and her mate Owyn are featured in many of the Richard W. Brown photographs in The Private World of Tasha Tudor, Tasha Tudor's Garden, and Tasha Tudor's Heirloom Crafts.

We hope you have enjoyed our recent blog posts on all things corgi. We look forward to sharing more photographs and stories about our new puppies as they discover the great outdoors this spring and all the wonders therein.