Thank you, dear readers, for offering so much enthusiasm for our new little baby.   We are happy to share a few recent photos and baby updates.

I think about what things we’d be telling Tasha, and wonder what advice she’d have for us.  Tasha mothered four children and did so without running water until her youngest was born, which, by my calculations was approximately eight years of washing babies and diapers and clothes and dishes by hand, hauling the water from the well and heating it on the woodstove before each chore. Tasha was also the breadwinner of the family and frequently mentioned illustrating in fifteen minute bursts.  Though it is now seventy years later, some things haven’t changed and the shorts bursts still get the job done.

Our little Elizabeth (Ellie) is nearly seven months old.  Everyone told us it would go fast, but this concept is one of those things you simply cannot understand until you’re in the middle of it. Having an infant somehow moves the whole family to a different universe of time.  It seems that a baby keeps one so grounded in the present, there is no time for anything but what is happening right now.   Whether it is hungry baby, tired baby, baby with a soiled diaper or best of all, laughing baby; our attention is fully on her needs. 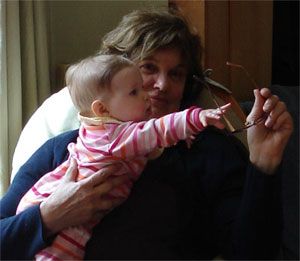 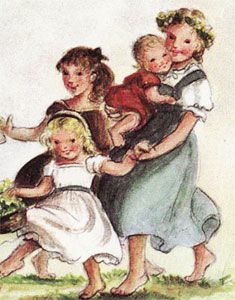 llie favors breast milk and rice cereal and in fact, strictly refuses anything else, much to the disbelief of both grandmothers.  We have tried bananas, applesauce, pears, squash, avocado and turkey.  She initially would have a few bites before contorting her face. We tried really hard not to laugh in front of her.  But now, if she gets even one bit of a ‘flavor’ she’ll clamp up and stop eating entirely.  This little one knows her own mind.

As for sleep?  It occasionally happens... in short bursts.  She takes three naps for a total of two to three hours a day.  It took a while to figure that one out.  She needs a dark room with no distractions or else she would sleep less than twenty minutes at a time. Phew! At this point, waking six times a night is considered a good night.  When people ask us when we’ll have another baby, all we can say is “not yet.”